Welcoming the Prime Minister of Japan, Shinzo Abe, on 10 November impressively for the first time, the Prime Minister of China, Xi Jinping, demonstrated a remarkable diplomatic skill. It is no coincidence. Let’s take a look at the progress so far, and it shows that this is the philosophy of the political practice. Despite his refusal on human rights and basic democratic freedoms in his country, as well as his permanent criticism against the Western Values, however, he shows pragmatic and capable identity on his foreign policy. During the G20 Summit in Australia, Mr. Xi Jinping achieved a free trade agreement to conquer new markets with billions of dollars thrown to them. A few days prior to it, he had achieved something similar with South Korea. Correspondingly, he did the same with Burma and at the meeting of the Asian States (APEC). Along with such economic agreements, he also proposed a pact of friendship. Mr. Xi Jinping argues that “China will never destroy the others” and emphasizes “enough to look at history to understand that countries tried and thrived through the power, and failed.” He also stresses that China is dedicated to the service of peace. Besides, almost every economic agreement signed at the same time was also signed with treaty of friendship with each partner country. This attitude of Chinese Prime Minister, though not eliminating the eternal fears of their neighbors especially in Southeast Asia, he manages to mitigate concerns and to impose the constant supremacy of Beijing to a region through the diplomacy of peace, and is ready to become the locomotive of growth in the decades to come. Furthermore, Mr. Xi Jinping cultivates a constant willingness to cooperate with others in different fields. While correcting the immediate ecological risks by agreeing to reduce carbon dioxide or by taking measures to reduce military and aviation risk, Chinese Prime Minister breaks the image of the rigid communist ideologists and shows a smiling face as the Head of State and harmony in the international scene.

My article, which was published at Elefteros Typos December 11th, titled ” The strategy of Putin’’

It was in February 2007, during the annual conference on international security that Vladimir Putin introduced the doctrine of New- Russia. This was the same logic that he repeated a number of times before, and also in the last G8 meeting in Sochi, because of the penalties that his country had due to its policy on the issue of Ukraine. So what is the essence of this strategy? For the Russian president after the end of the first Cold War between the USSR and the USA, the United States didn’t change their attitude and continued to promote their interests without regard for their associates, especially the Russians. Apart from anti-missile systems installed in Poland, they openly supported the former president of Germany in anti-Russian action, recently supported the neo-Nazi rulers of Ukraine and the jihadist’s opponents of Assad in Syria and Iraq. This US behavior becomes the basis of the strategy of Putin. Basing on the vision of New- Russia, he starts to justify his own choices with his patriotic sense of defense against American aggression. If here we add, of course, from wherever in the Middle East, America has been to, they left chaos, disorder, and ruins and greater insecurity and civil wars (thus allowing Islamists to strengthen), then it can easily be understood that the conspiracy theorists syndrome, becomes the basis of Putin’s strategy. For this old KGB agent, the conspiracy is a food of strength. So he uses it on two fronts: on the outside and the inside. Because thanks to the conspiracy psychology he gathers the Russian people around him. So with the occasion of the US, he dominates his country without any opposition. The geological concern reinforces his vision of the New Russia, by making himself a hero and reinforcing his strategy. According to it, at the practical level, Russia will respond to any aggressive act of the United States. That’s why Putin, since the Georgian war in 2008, came to the annexation of the Crimea in March, or even as a response to ” neo-Nazi ” Ukrainian government seeking annexation of other territories with Russian-speaking population. Today’s Russia is not the old Soviet Union, nor is a carrier of a world ideology or global economic system. It is a strong developing country. Although it has a strong rhetoric of ” moral ” of advantage against “legal nihilism” of the West, however, it lives and acts in today’s modernity, being a pioneer in research issues, technology, manufacturing and scientific innovations. The patriotic Putin’s strategy, that of New-Russia strengthens while the interior of the country adds many external enemies. That’s why the Russian president has proposed a ” global dialogue and compromise ” that will ensure the respect and sovereignty of each State, and take into account together with the Western interests and those of Russia and developing countries. His militant’s proposal has not been heeded. But should it, for the good of the global balance? 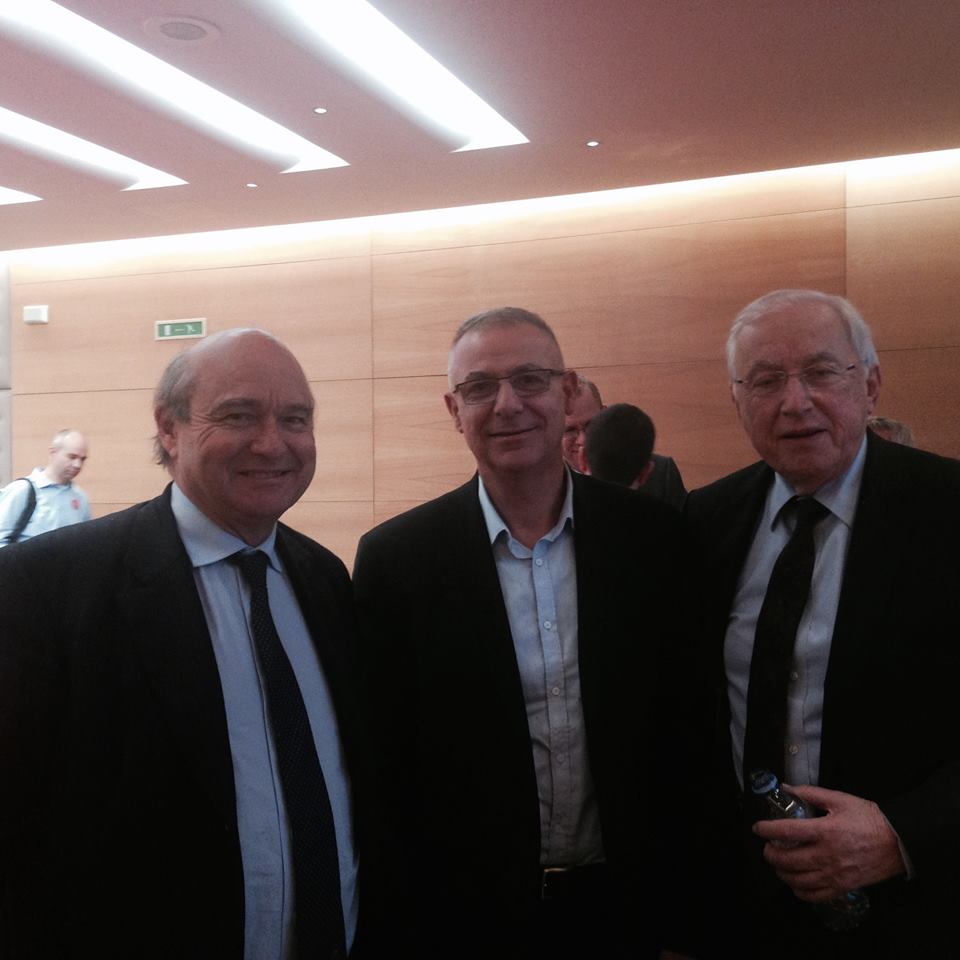 First Symposium in the Senate of the circle of bélem (02.12.2015)that Pierre Bentataand Nicolas Bouzou have created. For the first time, a reflection on Europe was conducted by intellectuals… Europeans. Eline Van Den Broek, Stefano Adamo, Pepa Montag,Demosthenes Davvetas, Alexander Fink Hande Bozatlı, and others are here to discuss the welfare state with two objectives: sharing best practices European and reflect on our challenges and common values. After this first success shared with our friends from the institute jean lecanuet, the circle of bélem will produce other thematic events (on energy, health, housing, employment independent…) On the whole continent. Thank you to those who joined us yesterday afternoon braving the heavy security measures and soon, in Paris, and elsewhere.